Going Technologically Where No Show Had Gone Before

The controller boxes worked flawlessly—and have never failed in the nearly three years since their debut.

Mannheim Steamroller is one of the most successful instrumental-music groups in American history, having sold 28 million albums in the United States alone. Founded in 1974 by record producer and composer Chip Davis, the group first found fame with its eclectic ambient-music series “Fresh Aire,” which notched seven gold records over a 15-year period. But even greater success followed in the wake of Davis’s 1984 decision to take the group in an unexpected direction: producing and recording modern interpretations of traditional Christmas favorites, from “Deck the Halls” to “Carol of the Bells”—a move that yielded eight straight platinum records.

Despite this rich and lengthy heritage, Mannheim Steamroller’s leadership has been determined to stay on the cutting edge of technology—a key, the musicians knew, to engaging a new generation of fans even while they continued to excite audiences who had been following them for decades. This desire to become more technologically sophisticated, in fact, was the main motive behind the group’s 2011 decision to remake the entire Steamroller show in HD, while adding dramatic new lighting, video, and sound backdrops.

To lead this effort, Mannheim tour director Janet Taylor brought in event-technology specialists Caudill Pictures and Entertainment, Inc. Taylor had met Caudill founder Ryan Caudill when the two toured together with Guns & Roses, a heavy-metal band whose raucous rock music was the antithesis of Mannheim’s sweeping orchestrations and uplifting melodies. It was an unlikely match—but one whose need immediately became obvious. Mannheim’s Chip Davis had ambitious plans for the group, but every other vendor Taylor had spoken with said that what he wanted wasn’t technologically possible. And so Taylor turned to her last and perhaps most unlikely option—and Caudill soon joined her in a leap into unexplored technological territory whose goals he nevertheless confidently said he could achieve.

Even the venture’s most basic requirements were demanding. Davis’s creative concept required a master controller that could receive time code from the audio software and send out streams of sound and video to three independent screens in full HD that would be frame-accurate and in perfect sync for the entire show. Such synchronicity is the Holy Grail of modern concert performances, but has rarely been achieved with the accuracy, quality, and comprehensiveness that Davis envisioned.

And then there were the physical requirements. Most control systems for elaborate performances like Mannheim Steamroller’s have a large physical footprint—something similar to that of an office desk or a small dining table. It was a constraint that led to yet another technological challenge. Davis had decided to book some shows in Alaska for the upcoming Steamroller season, and so the new show-control hardware not only would have to perform to exceptionally high standards, but it would have to be compact as well—compact enough to fit in the overhead compartment of a passenger airliner while being FAA-compliant. And one thing more: with the Alaskan tour leg was just over two months away, Caudill would have to fabricate from scratch two of the new show-control boxes (one for the East Coast tour and one for the West Coast) within less than two months—at the same time he was rebuilding the show’s content library in HD.

Caudill and his team worked furiously to complete both projects at once. The signs were positive: within the two-month timeframe, fully one-third of the show had been converted to HD—a landmark achievement. But as the technical system was nearing completion, Caudill and his crew hit a roadblock. In order to satisfy the show’s technological requirements, Caudill was building a master-slave configuration designed to work synchronously across multiple computers. But the data the system would need to push through was well beyond the system’s native capacity. The result was that the computers were missing cues to play videos—an unacceptable shortcoming.

Caudill quickly came up with a solution, though it was a long-shot. He contacted the creator of the software that was being used to drive the system, a man named Richard Bleasdale, who resided in London. After a few conversations, Bleasdale agreed to rewrite his software to operate within the new configuration. Working closely with Caudill, Bleasdale rewrote the computer code in just five days—and, barely a week after the potentially deal-breaking obstacle arose, the problem was solved.

Theoretically, at least. The technological framework that Caudill had built was now almost completely custom, which meant that many of the system’s components had to be custom-built as well. Among other things, the system’s I/O panel needed to be custom-engineered so that electronic signals could be transmitted directly from the controller to the projectors, with no interference in between. Caudill also had to custom-design the road case to carry the controller so that the case would fit in overhead airline compartments, as well as fit within FAA guidelines.

Once the system was complete, it was immediately deployed on its maiden show—and it performed precisely to specification. Since that time, the new controller has been used to run scores of performances throughout the United States. Through it all, “the controller boxes worked flawlessly—and have never failed in the nearly three years since their debut.”

In addition, it quickly became apparent to Caudill that these boxes could be deployed in the corporate expo space as well. Because of their small size, the boxes could easily be dropped into a booth and be used to run the entire exhibit—saving companies the cost of hiring a video crew. 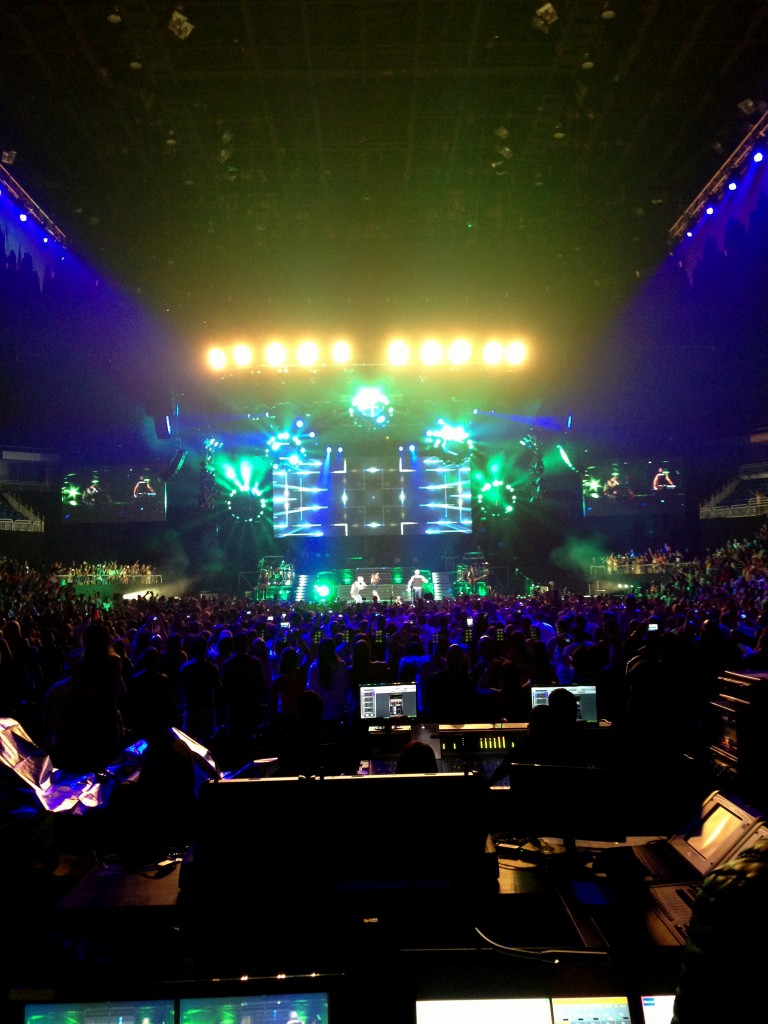 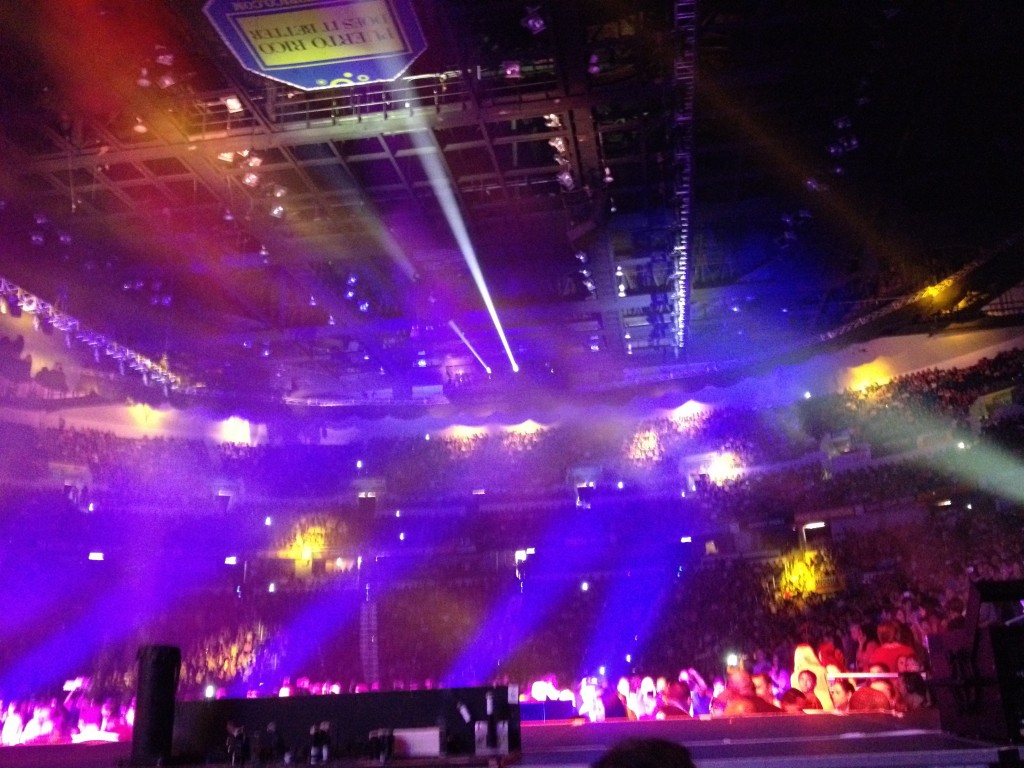 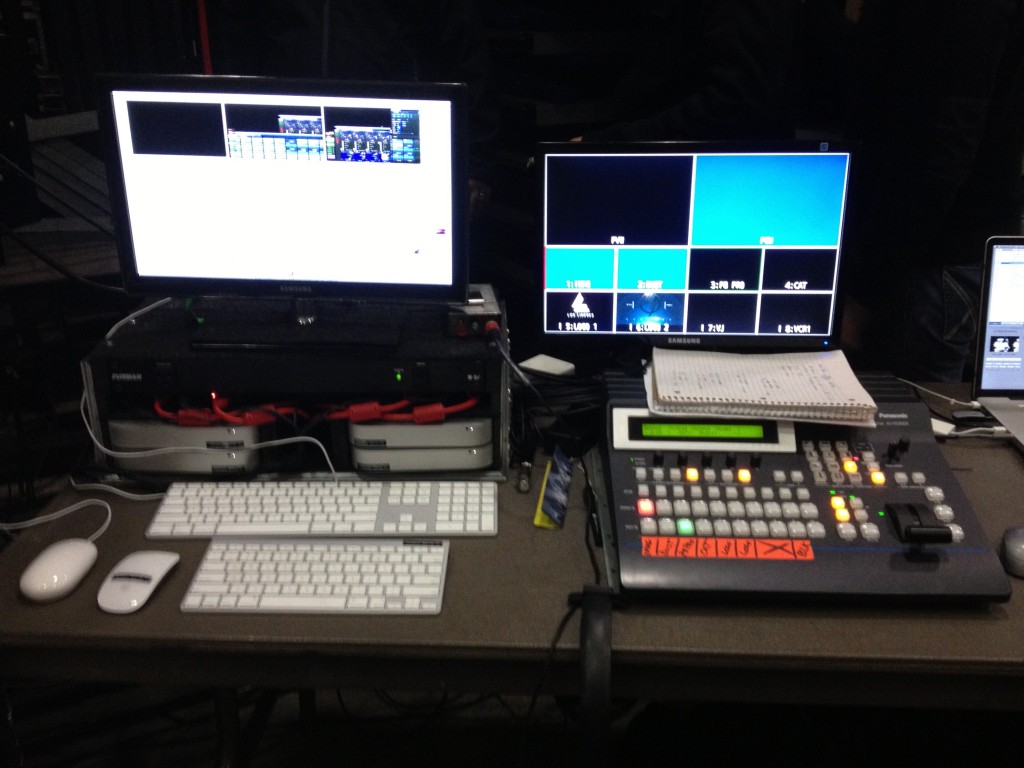 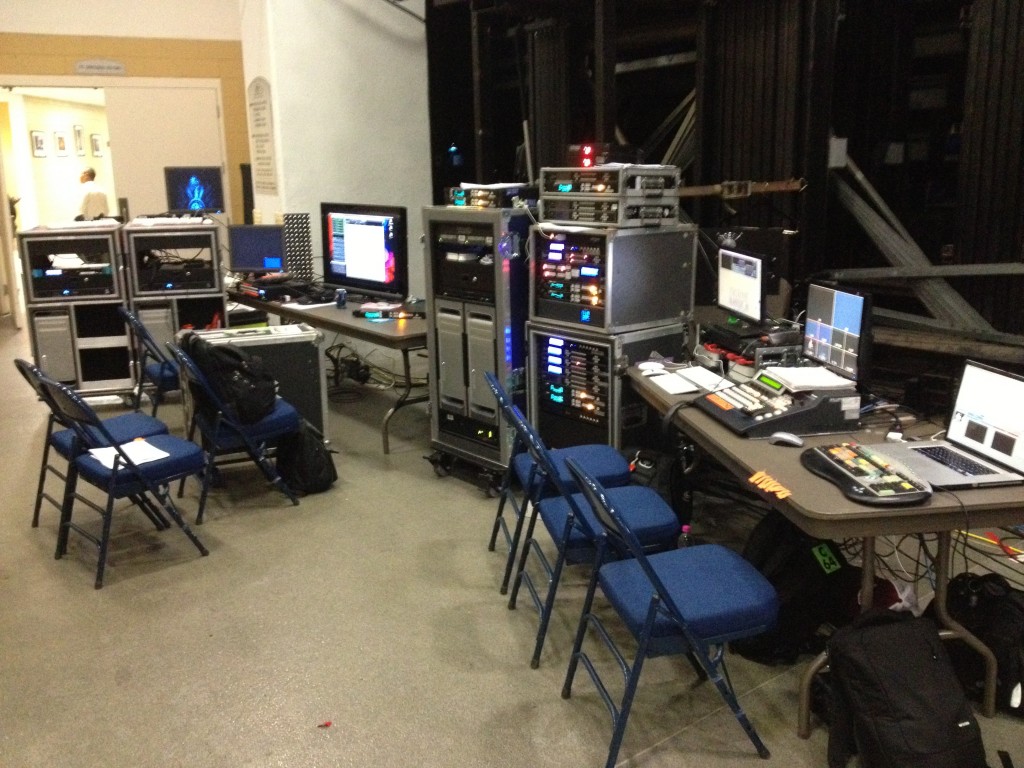 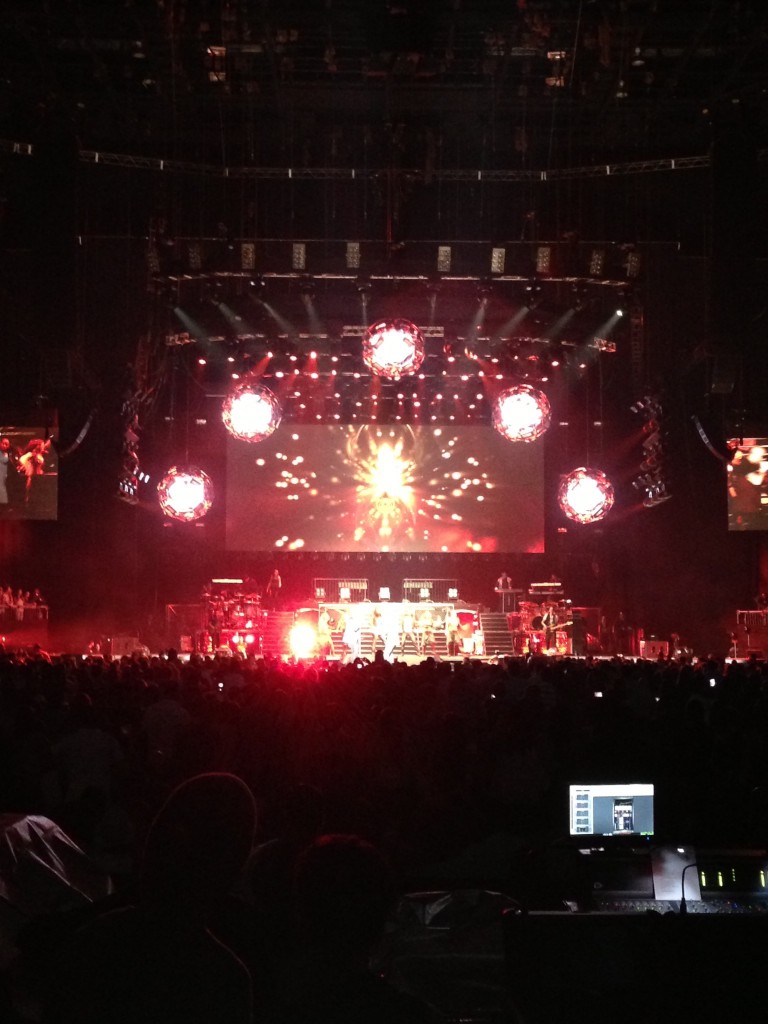 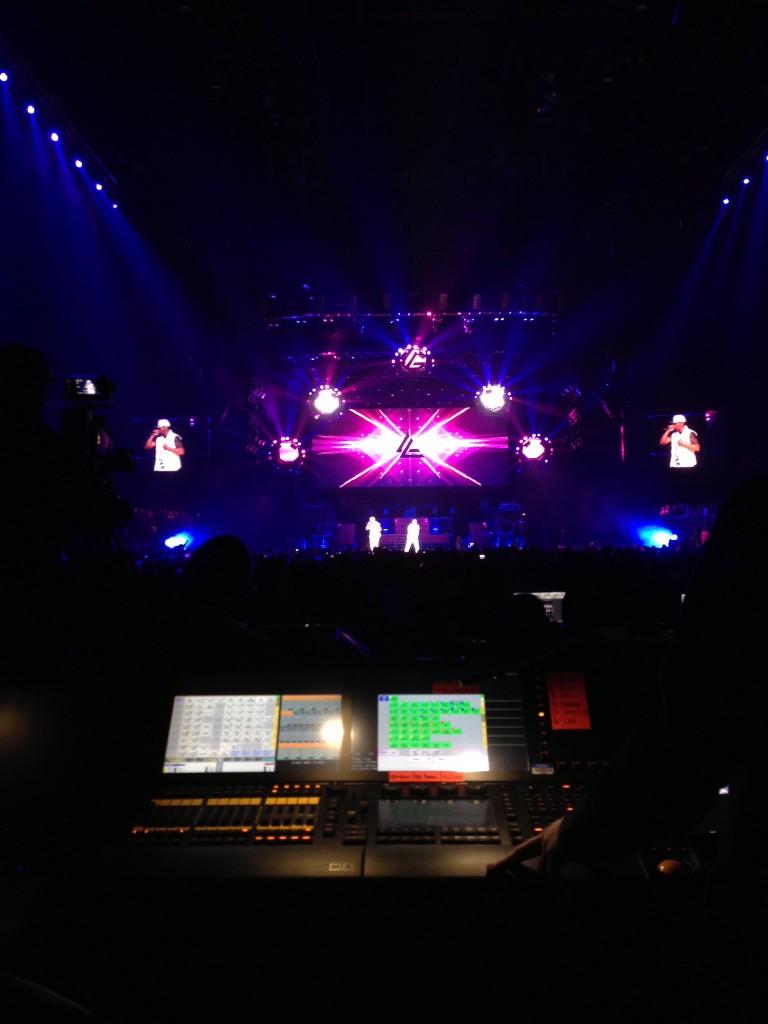 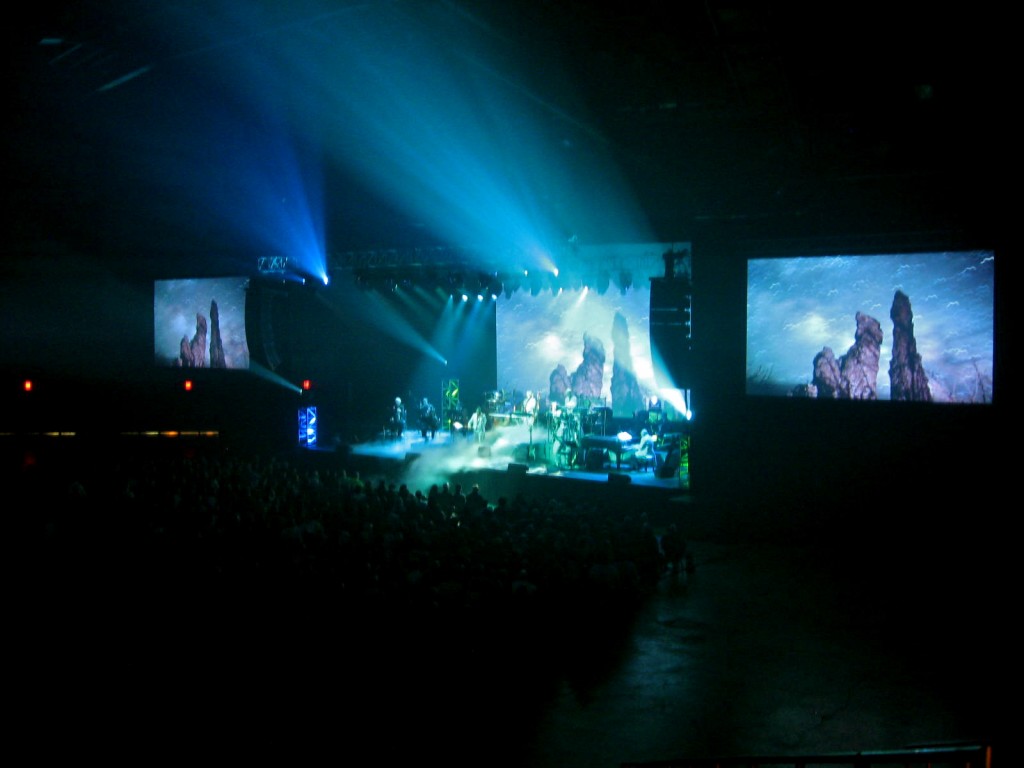 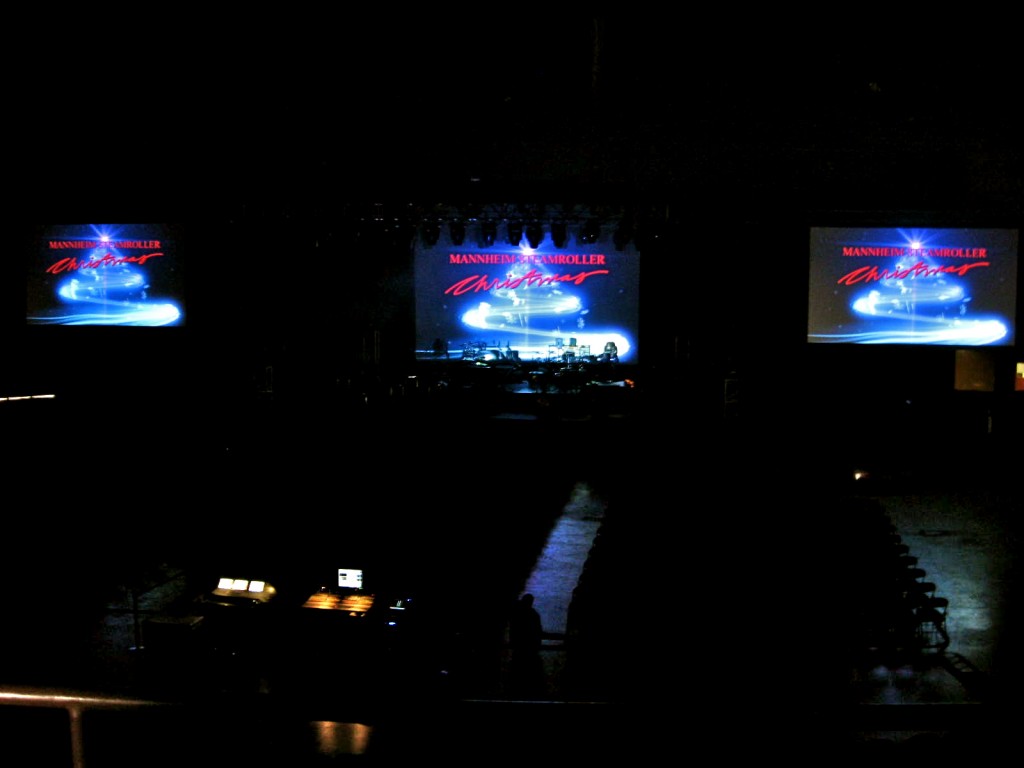 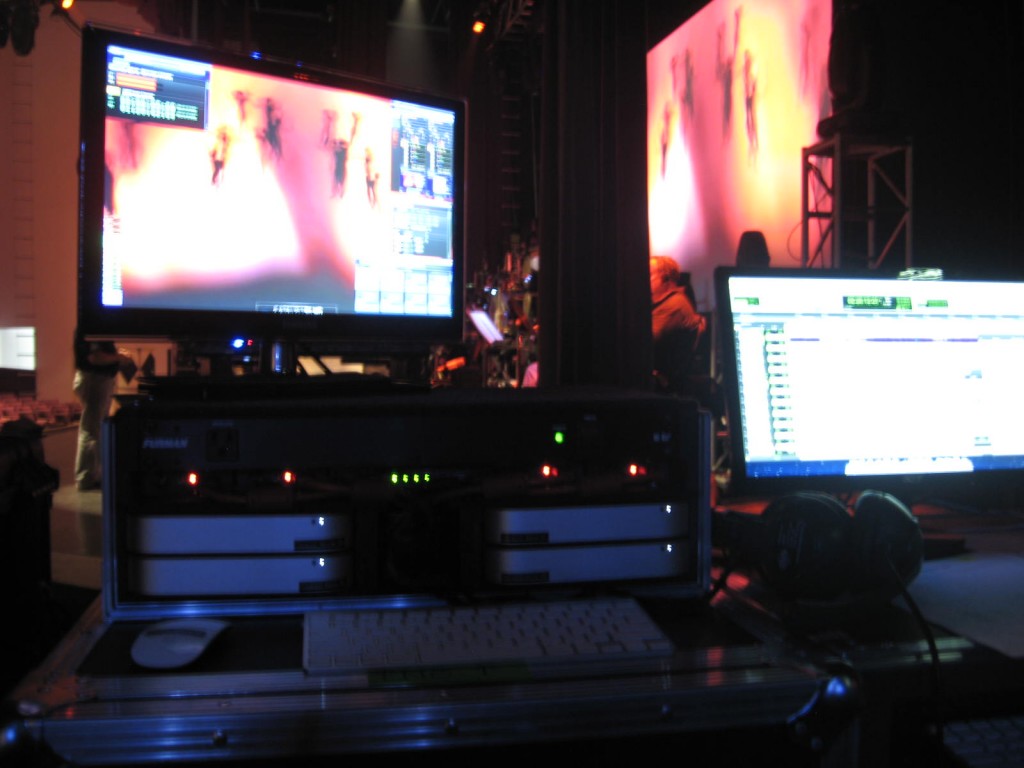