Winfrey—the legendary TV talk show host and spiritual guru admired by millions—gave her admirers a pathbreaking, “out of the studio” experience during the summer of 2014 that would take her from Atlanta, Georgia, to Portland, Oregon. Each city’s event-filled weekend, which included inspirational guidance from her self-help trailblazers surrounded and an outdoor marketplace selling all things Oprah, was capped off by a spectacular Saturday night “Oprah-logue” that filled each arena with all of the multimedia and lighting magnificence that one would expect from an Oprah show.

The effect on audiences was as powerful as had been hoped. “I was literally blown away by the experience,” one attendee told The New York Times. “To see her in person, with her presence and energy, cannot be replicated.” Little wonder the tour went on to earn an average of some $5 million per show during its initial run.

And Ryan Caudill played a major part in bringing that success about.

Preparations for the tour began with one overriding challenge. The Oprah team’s production experts had spent most of their careers operating in television-studio environments, where they were used to having the bulk of the audiovisual, sound, and lighting gear in place when a show’s production began—and to being able to quickly solve any problems that arose with a finger-snap or a phone call.

Yet they were much less accustomed to producing road tours—especially ones with the rigor and precision of the Oprah tour—a tour that required greatly expanded crews, equipment bays 4 to 5 times larger than their in-studio counterparts, and logistically nightmarish setups in a different city and different venue every week. As one executive described it, Oprah’s managers wanted to create “a television studio on wheels”—one that could be assembled and taken down essentially on the fly.

To meet this exacting challenge, Video Equipment Rentals (VER), one of the nation’s premier event-production companies, tapped Ryan Caudill of Caudill Pictures & Entertainment, Inc. as the tour’s Lead Video Engineer. From VER’s perspective, Caudill brought to the tour two very important qualifications. He had spent more than a decade managing video operations for complex road tours much like this one. And he had a reputation for delivering on the no-compromises perfection and instantaneous response that the Oprah team expected.

These were qualities, Caudill soon found out, that he would have to draw upon nearly every minute of the lightning-paced four-month engagement.

Ultimately, Caudill had to manage and resolve technical, logistical, and timing challenges of enormous complexity from building stories-high video rigs on site even as essential gear was still arriving to paring down show-setup, set-strike, and load-out time requirements from a few days to several hours. Yet the challenges didn’t end there. Equipment case materials also were arriving as setup began, forcing Caudill to personally build equipment travel cases on site as well.

Other production issues emerged as the tour began, driven in large part by the fact that show specifications and equipment requirements were changing with each performance. But Caudill had planned beforehand for this possibility. Sean Green, the tour’s lead cameraman, notes that, “by thinking about these things ahead of time, Ryan saved us a lot of time and stress later on. He was looking ahead and that was really beneficial. When we were there on site and the client asked for something that they had not previously asked for, rather than having to go back to the drawing board and figure out how to get it, Ryan already had it because he had the foresight to realize there would be needs outside of what was being specifically asked for.”

Perhaps no metric measures the show’s success—and its ability to surmount more than the usual complement of challenges and changes—more than this one. As the 2014 tour ended, plans for a follow-on tour in Fall 2015 were already underway. And Ryan Caudill had been hired, once again, to serve as the tour’s Lead Video Engineer.

Most events—trade shows, expos, conferences, concerts, stage shows—are just that. They’re events. Interesting, even exciting in the moment, but quickly forgotten. A footnote of the mind. Caudill Pictures & Entertainment events, however, are something else entirely. Not mere events. Experiences. Amazing experiences that envelop audiences and attendees with cascades of light, sound, and imagery. Experiences that excite. That stir imaginations and enthusiasm. That generate new and lucrative business. And that stay in the month for months or even years.

Ryan Caudill—award-winning founder and chief creative architect of Caudill Pictures & Entertainment—knows how to deliver amazing experiences. During his 15 years in the event and expo industries, he and his team have engineered and executed breakout shows for some of the most creatively demanding names in business and entertainment. Their credits include: HGTV, Discovery Channel, TLC, Oprah Winfrey, HBO Emmy Awards, E3 Expo, US Open, Mannheim Steamroller, Justin Bieber, Katy Perry, Fallout Boy, and dozens more. 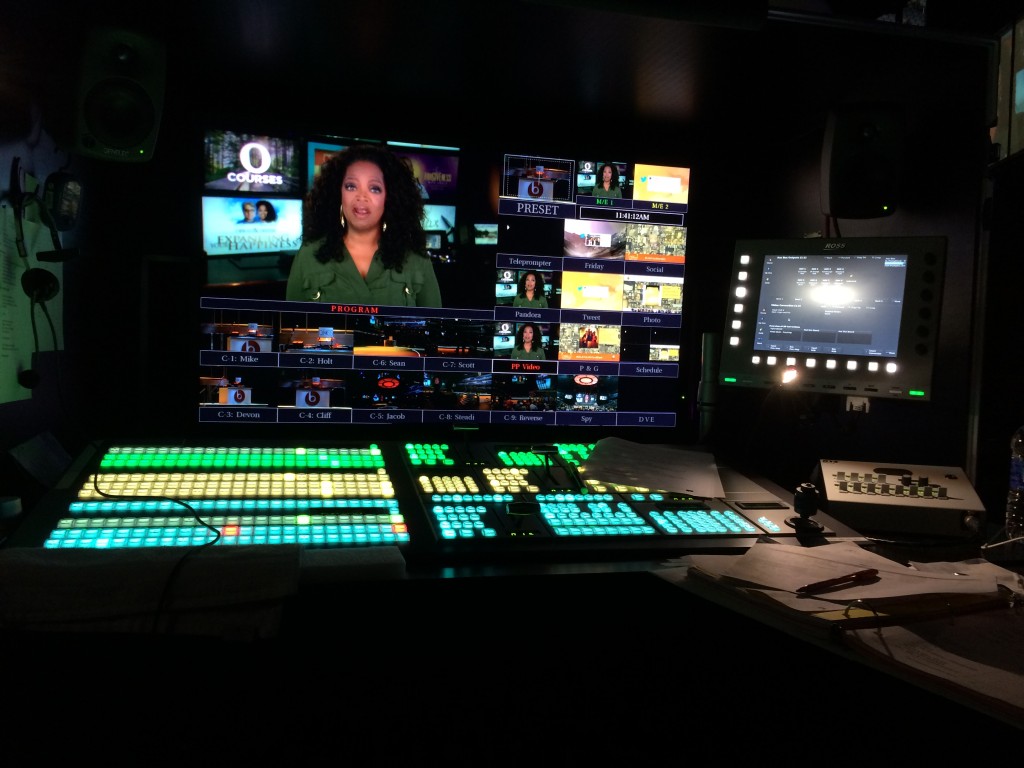 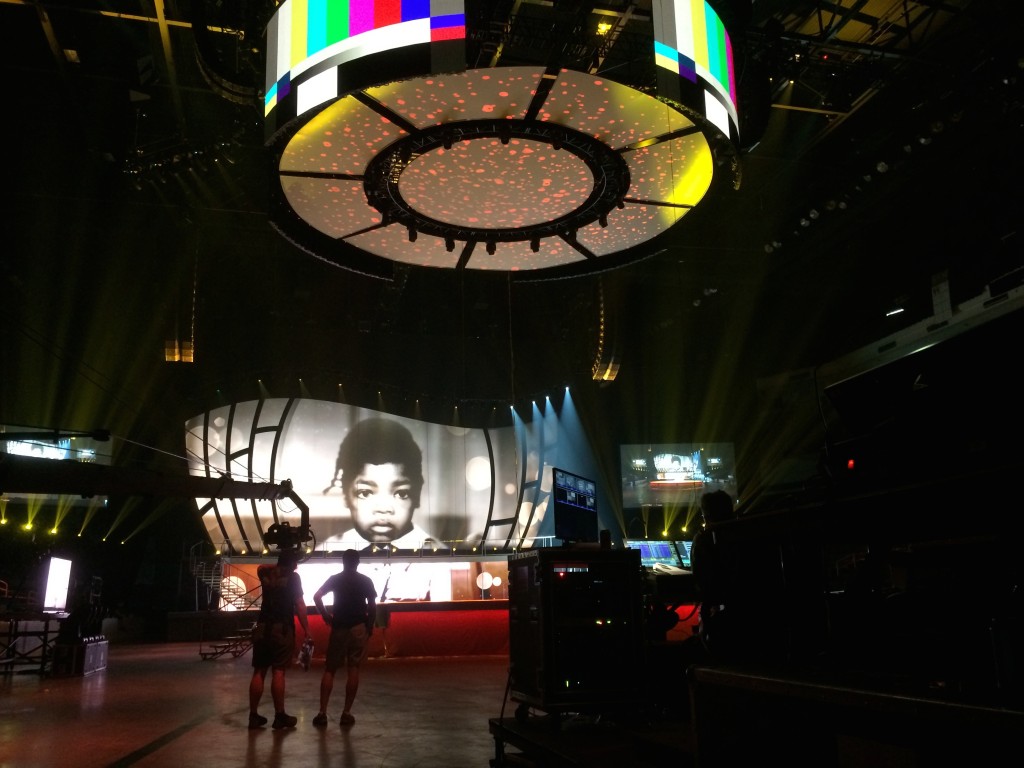 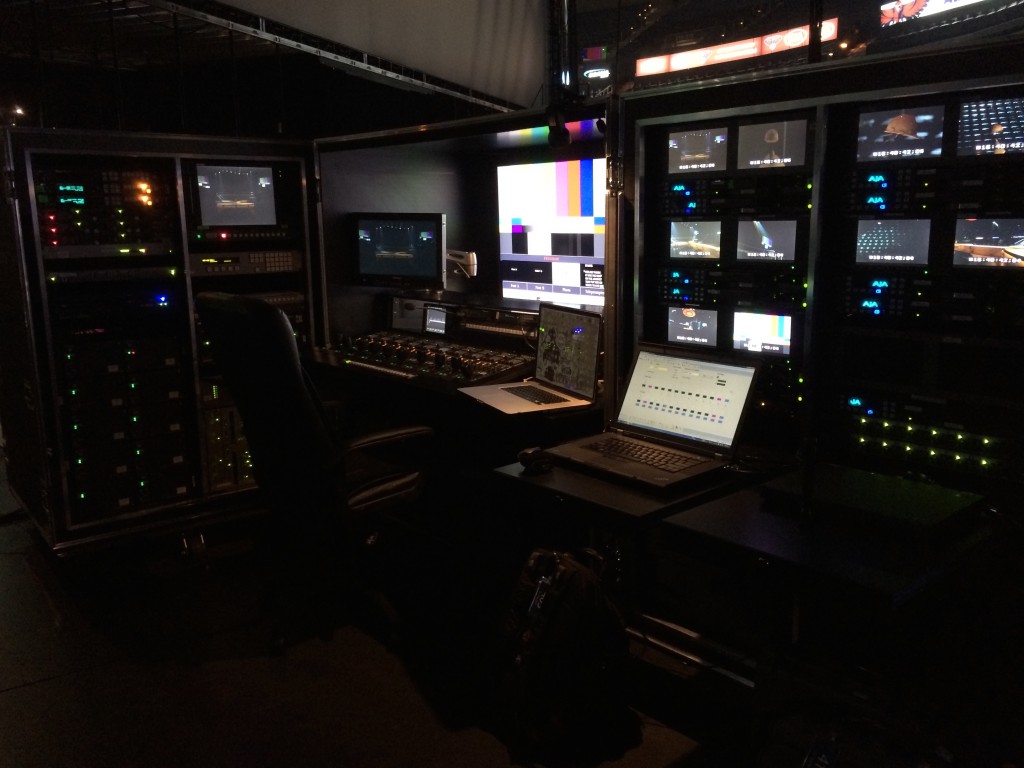 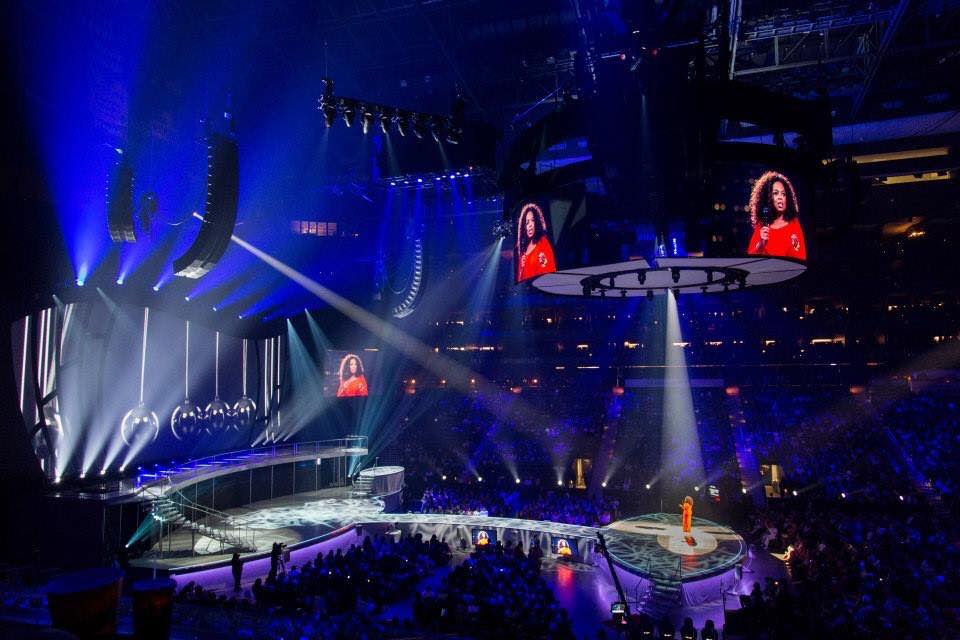 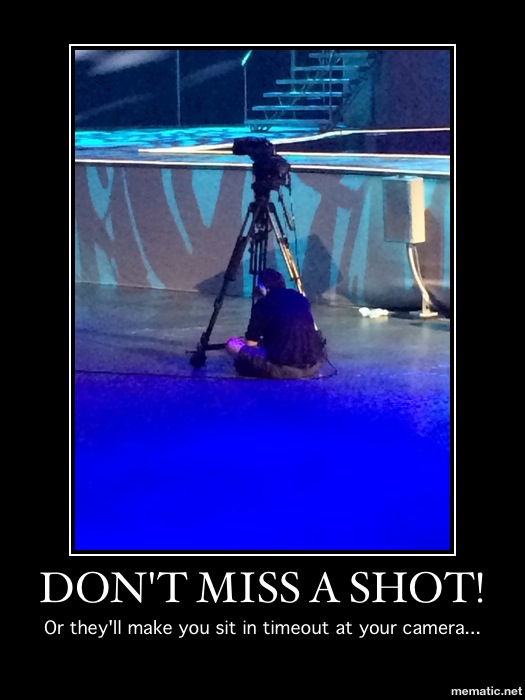 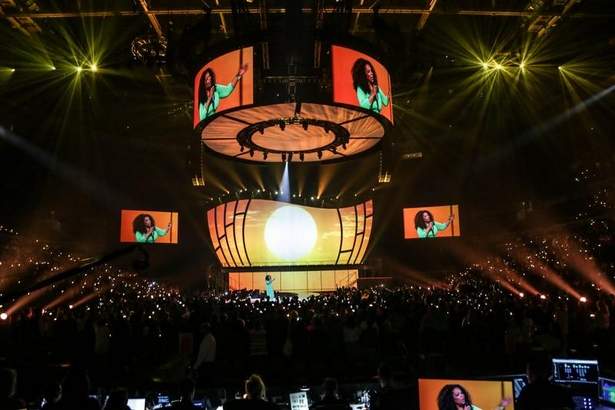 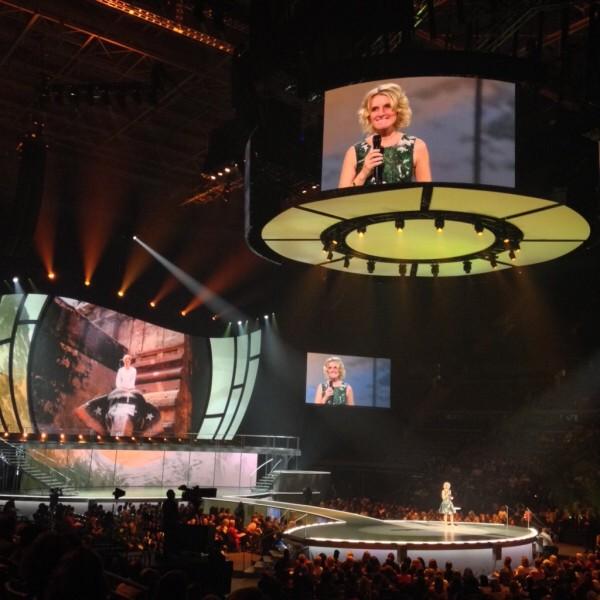 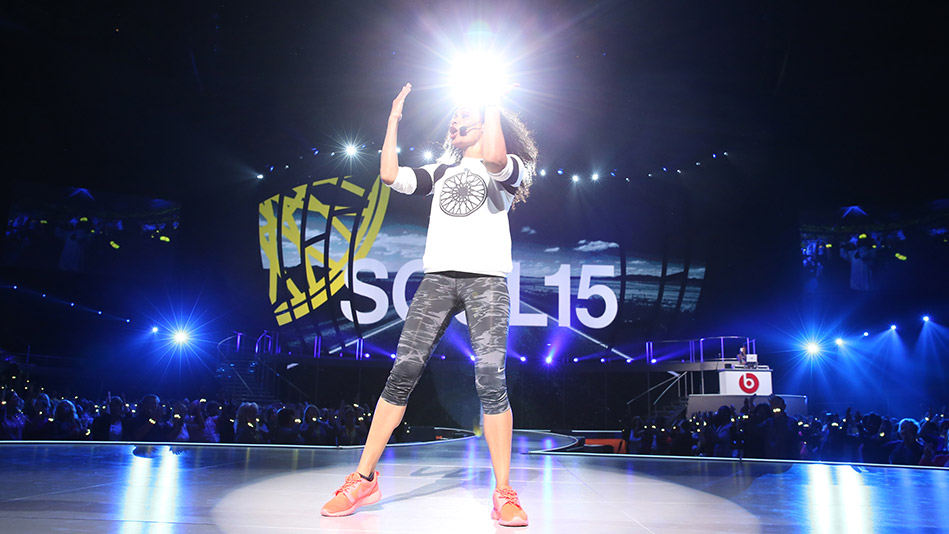 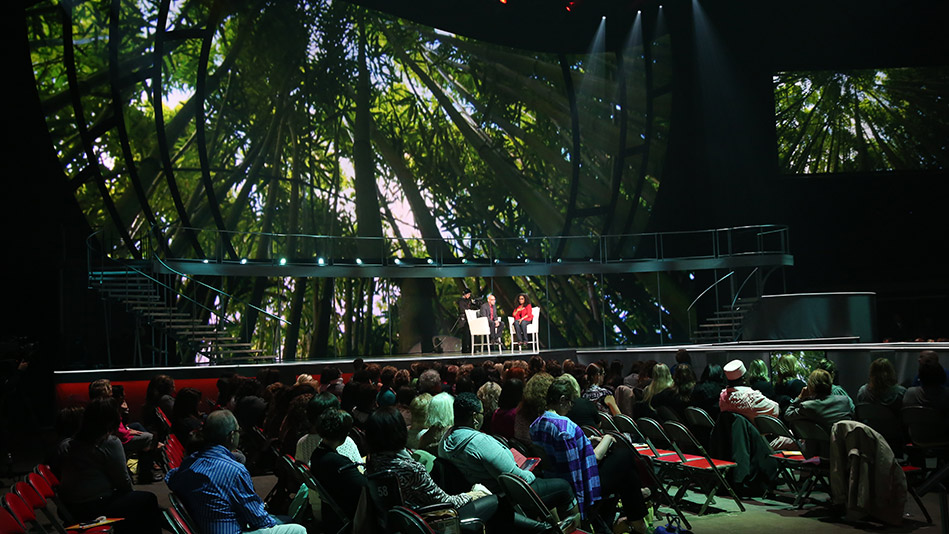 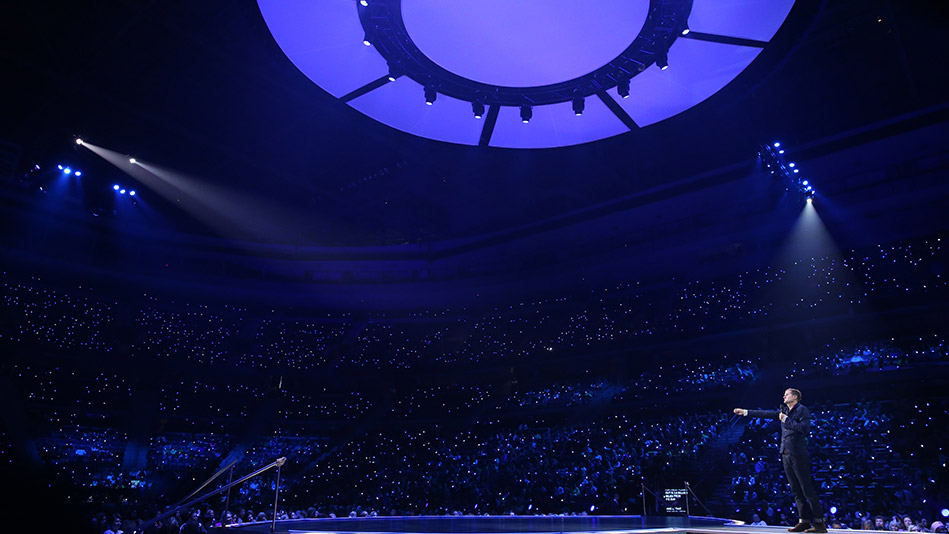